Today, schools with the International Baccalaureate are increasingly in demand and many parents and students are slow to choose the one that best suits them, with the consequent decisions: which subjects to choose, whether to do it face-to-face or from a distance, etc.

The fame that the International Baccalaureate Diploma, or IB, has gained is thanks, among other things, to the fact that it allows the educational experience to be unique and enriching thanks to its academic rigour and the magnificent personal development that it provides for its students. And, especially, thanks to the advantage that it gives students access to universities not only in Spain, but also in the UK, USA and around the world.

Obviously a decisive factor is the proximity of the school to the place of residence, which is why we have made a list of schools by area of Madrid. Beyond this, depending on the student’s own tastes, goals and purposes, one school or another will be more recommendable. In TutorASAP we have been offering Educational Advice for more than 15 years in a totally personalized way taking into account all the matrices so that the decision taken by the student is a good one.

This is the list of what we consider to be the best 22 schools that teach IB, International Baccalaureate in Spain, specifically in Madrid. And since one of the criteria for choosing is proximity to home, we have divided them into zones. 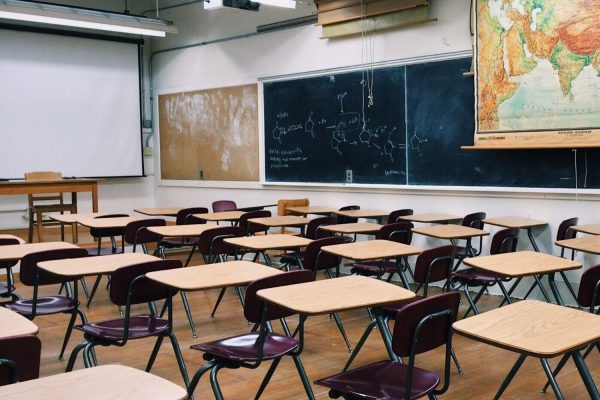 Pozuelo de Alarcón, together with Majadahonda, Boadilla or Aravaca is an area that contains many British type schools, bilingual, international and others. Our choice of best with IB system are:

Bilingual, private, mixed and secular school. With an international system from 2 to 18 years old.

2. The american school of madrid: AS MADRID

Founded in 1960, the American School of Madrid, located in Pozuelo, is one of the most demanded if you are looking for an education based on the American system and with IB.

Since 1978 Retamar School has been authorised to teach the International Baccalaureate and has even introduced an afternoon timetable.

Aquinas is a Catholic school that offers, like ASM, an American curriculum.

British and International Catholic School of Majadahonda from 12 to 18 years old, with the particularity of being only for women.

Their educational project was developed by a group of teachers in Madrid in the 1980s. It was defined as a private, mixed, secular and plural school with a bilingual education.

In Villaviciosa de Odón is located the Ágora, of the Globeducate group, with presence in more than 9 countries. Specialised in the international system from 0 to 18 years old.

With 6 schools in Spain and 3 abroad, the SEK institution is earning its prestige among the best international schools in Madrid. Its headquarters in El Castillo , as well as in Ciudalcampo, in the Moraleja area, are the most famous. With bilingual and secular education.

The CEU San Pablo offers all stages of the student, including university. International, with a dual baccalaureate and multiple options.

In the centre of Madrid we have two prestigious and highly recommended schools that also teach the IB.

In the Arturo Soria area, Brains Bilingual School has managed to become a centre with an IB diploma programme.

Founded in 1880, one of the oldest in Spain, totally Catholic and in the district of Chamartin.

It is a fact that La Moraleja brings together the best schools with IB diplomas in Madrid, these schools have exceptional qualities where many of their students have ended up in the best universities.

British and international public school teaching from 2 to 18 years old. Specialised in having native teachers and fully qualified English training.

Nord Anglia Education School, with three International Baccalaureate programmes, is part of a network of 66 international schools distributed, as we say, throughout the world.

British school with native teachers and international system with more than 50 years of experience.

Probably one of the best known international public schools in Moraleja, as we have said also based in Arturo Soria, but this one with more facilities.

Located exactly in Tres Cantos, the Casvi is a private, mixed, international centre with an American teaching system.

This school is located on the outskirts of Madrid, in Camarma, for those who are better off for their place of residence. It is also a private, bilingual and international centre, with a great preparation for the IB.

Catholic school, private, bilingual, international and with a Catholic character. It has 3 campuses, but the one offering the International Baccalaureate is in La Moraleja.

With 6 schools in Spain and 3 abroad, the SEK institution is earning its prestige among the best international schools in Madrid. Its headquarters in Ciudalcampo , as well as El Castillo in the Moraleja area, are the most famous. With bilingual and secular education.

The CEU San Pablo offers all stages of the student, including university. International, with a dual baccalaureate and multiple options.

There are many schools with an international baccalaureate, right? We recommend that you call us and ask, without any obligation! Please note: 911 274 432

INTERNATIONAL BACCALAUREATE (IB) OR A LEVELS? DIFFERENCES BETWEEN THE INTERNATIONAL SYSTEM AND THE BRITISH SYSTEM

15 EDUCATIONAL CURIOSITIES THAT YOU DID NOT KNOW