WOMEN WHO HAVE MADE HISTORY IN SCIENCE

February is the month of women and girls in science: we look back at the most important figures in history

At TutorASAP we want to celebrate the month of February by remembering the great female icons of science, all those women who made history thanks to their contribution to science, although in their time it was very difficult because they were not very well regarded for being women.

One of the things we are proud of at TutorASAP is to always support our students, motivate them and tell them that they are capable of anything. Many of our students are and will be great scientists and will make history, just as these have done.

In addition, to celebrate this scientific month in style, TutorASAP is launching its promotion…

WOMEN WHO HAVE MADE HISTORY IN SCIENCE​

As her name suggests, Hypatia, a native of Alexandria, was a scientist and expert in mathematics, philosophy and astronomy. Known for inventing the hydrometer and making astronomical maps, she was the teacher of many wealthy and influential families of the time. She made a name for herself, so much so that radical religious Christians did not tolerate her “lack of religiosity”, leading to her assassination in 415. Despite her brutal end, she always marked a before and after, leaving her legacy as a woman in science.

Hypatia, the sciencist of Alexandria

Caroline Herschel was an English scientist who studied science and was discovered by her brother, the astronomer to the then King of England. Thanks to this, Caroline became a splendid astronomer, totally out of the ordinary, because she also discovered new nebulae and star clusters. She was the first woman to discover a comet, the first woman whose work was published by the Royal Society and the first British woman to start being paid for her scientific work.

French mathematician and physicist, forerunner of the theory of elasticity that laid the foundations for years of later study. She was never admitted as an academic, but she was always working and making her contribution to physics, producing invaluable work unworthy of her time.

She gave the keys to process the first algorithm in a machine, and was an extremely important part of the development and birth of computers. Her idea was that machines should fulfil functions beyond mere calculations and mathematical formulae. She is considered the world’s first programmer, although she never built a machine herself.

Her legacy is history. Curie, a Polish national, was one of the greatest geniuses of radioactivity, being one of the pioneers in the study of radiation. In her work she discovered two elements, radium and polonium. She is probably the best known name on the list because she won two Nobel prizes, one for physics in 1903, and eight years later, in 1911, for chemistry, making her the first person to receive two prizes in different categories and the first woman in history to receive this type of prize.

She was a role model for women at the time, and today. Her own daughter also dedicated her life to science and also won a Nobel Prize in chemistry. 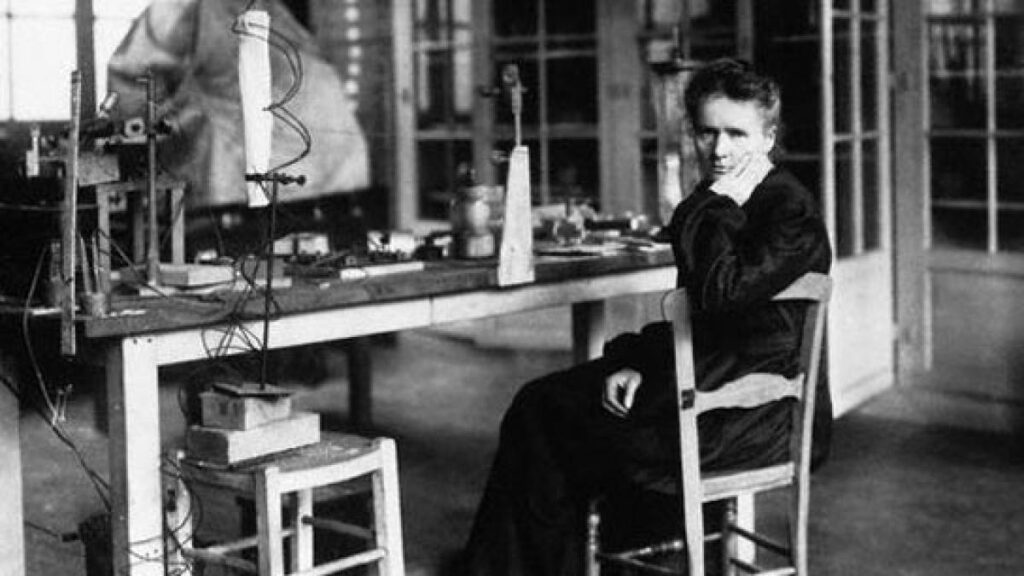 Did you know that Meitner was the originator of nuclear fission? The Australian physicist discovered that bombarding uranium with neutrons could cause a massive explosive chain reaction. She calculated the energy released in nuclear fission and coined the term. However, the great controversy surrounding this discovery is that she gave all the credit to her co-worker Otto Hahn, who went on to receive a Nobel Prize in 1944. A controversy that still rages today and criticises the criteria of the time for discrediting women in science – discredited at the time by the Nobel Committee.

A medical specialist, McClintock specialised in cytogenetics: she studied the chromosomes of maize to discover fundamental genetic ideas, such as genetic recombination during meiosis. For years he demonstrated certain trends in the genetic information of the plant, developing theories that at the time were not very credible to the rest of the scientific community. It was not until 20 years later that researchers proved and accredited her theories. Thanks to this, the scientist won the Nobel Prize in Medicine in 1983, the only woman in history to win this prize without sharing it with someone else.

-BARBARA MCCLINTOCK: AGAINST THE GENETIC GRAIN

GRACE HOPPER 1906-1992
An American engineer and naval officer, Hopper was the first developer of a compiler for a computer language, creating one of the first modern programming languages, COBOL.

ROSALIND FRANKLIN (1920-1958)
Franklin made a major contribution to biophysics, discovering the structure of DNA, helping to understand how genetic information is passed from generation to generation.

The English biophysicist used the technique “X-ray diffraction” to see the shape of the molecule, a double helix of atoms. According to the story, after obtaining the image, two of her fellow scientists saw the image and from there they built the DNA model, although she claims that they saw it without her permission or knowledge. Thus, they won the Nobel Prize for this discovery.

MARGARITA SALAS (1938 – 2019)
She was one of the most notable Spanish scientists. She worked for years at New York University, focusing her research on the field of molecular biology. One of her main contributions to science was the discovery of DNA polymerase, responsible for DNA replication.

JANE GOODALL (1934)
Jane Goodall has been one of the world’s most prestigious primatologists. This scientist has been the world’s leading expert on chimpanzees: for more than 45 years she studied the interactions of this species and discovered that they could have individual personalities, rational thoughts and feelings. Always a staunch defender of the environment and its protection, she has received numerous awards for her ecological and humanitarian work. 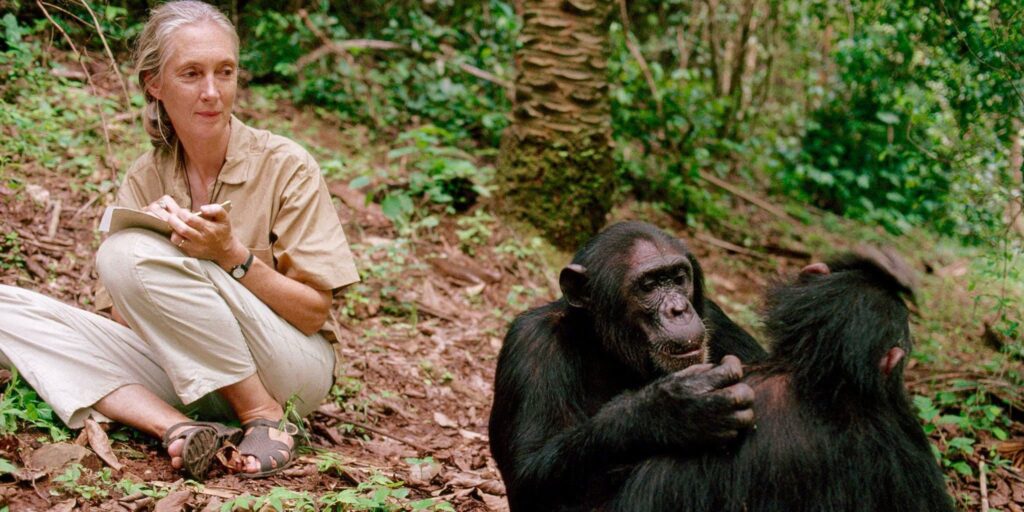 This Irish scientist is credited with the discovery of the first pulsar radio signals. Until a few years ago Bell was president of the Institute of Physics in England.

This Australian scientist with a PhD in molecular biology won a Nobel Prize in Medicine in 2009 for discovering telomerase. This enzyme lengthens telomeres and directly influences the lifespan of cells. Her research on telomerase has contributed to the study of cancer therapies. 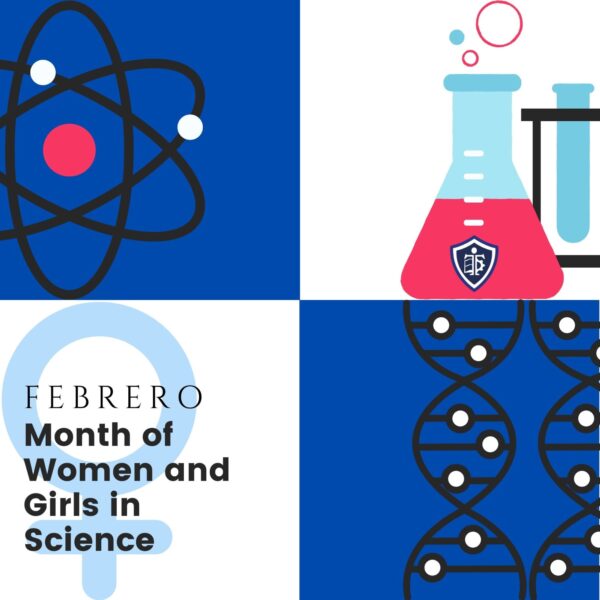 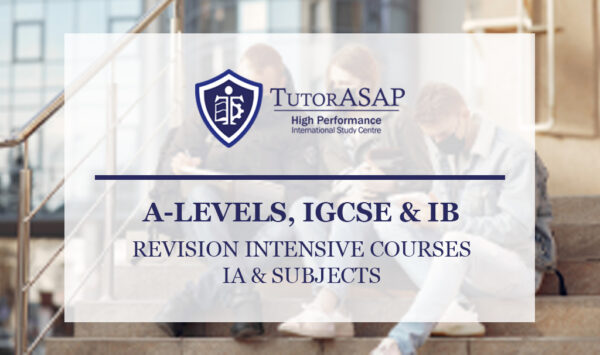 INTENSIVE REVISION COURSES A-LEVELS, IGCSE & IB Discover our revision classes: high demand at Easter! Do you fear for your Predicted Grades? Do you need 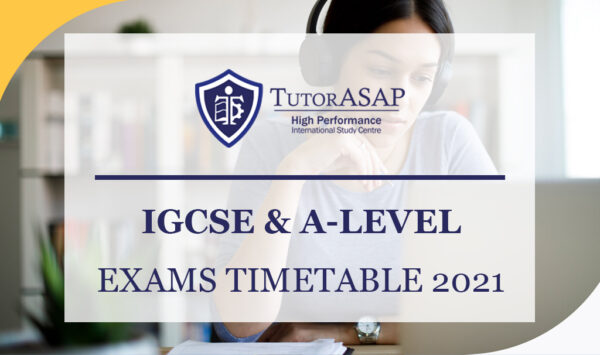 IGCSE & A-LEVEL EXAMS TIMETABLE 2021 All the key exam dates for the different boards: AQA, Pearson (Edexcel) and Cambridge. For any IGCSE or A-LEVEL 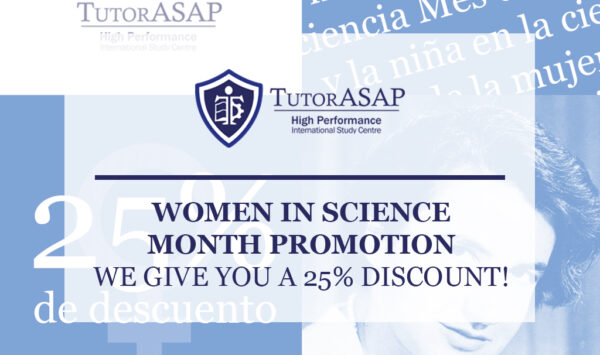 FEBRUARY PROMOTION: CELEBRATE WOMEN IN SCIENCE MONTH WITH US! We give you a 25% discount on your first invoice if you enrol in any science 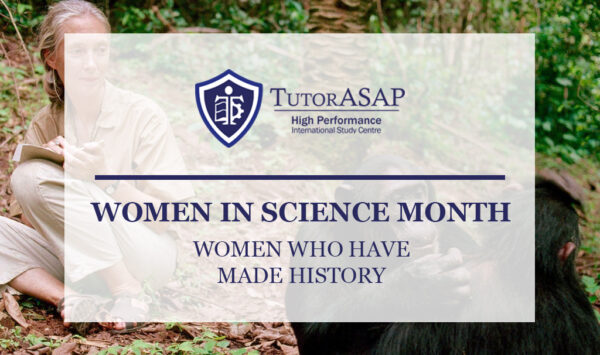 WOMEN WHO HAVE HAD HISTORY IN SCIENCE

WOMEN WHO HAVE MADE HISTORY IN SCIENCE February is the month of women and girls in science: we look back at the most important figures 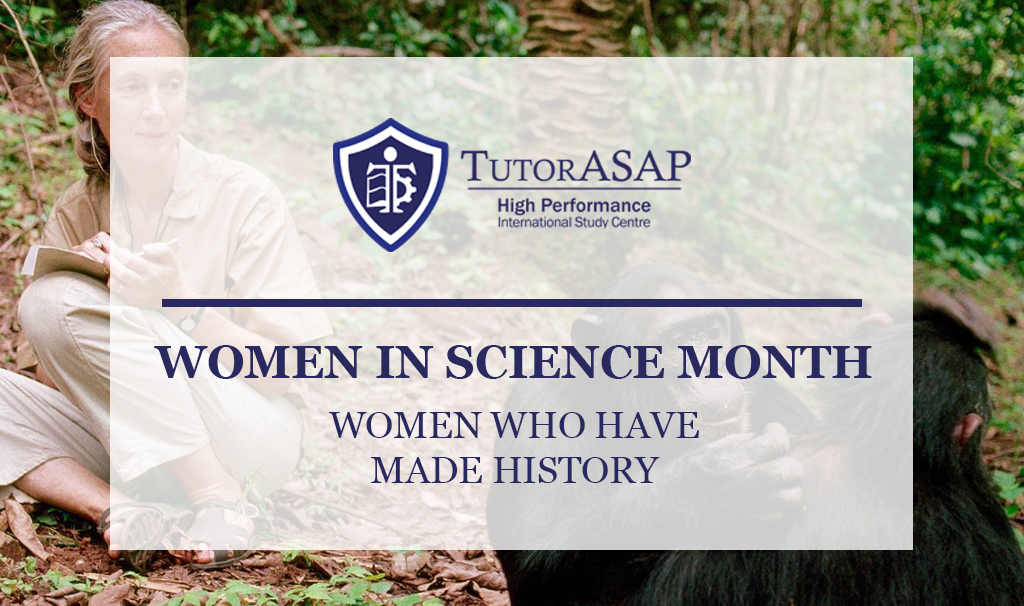 WOMEN WHO HAVE HAD HISTORY IN SCIENCE

WOMEN WHO HAVE MADE HISTORY IN SCIENCE February is the month of women and girls in science: we look back at the most important figures in history At TutorASAP we want to celebrate the month of February by remembering the great female icons of science, all those women who made history thanks to their contribution […] 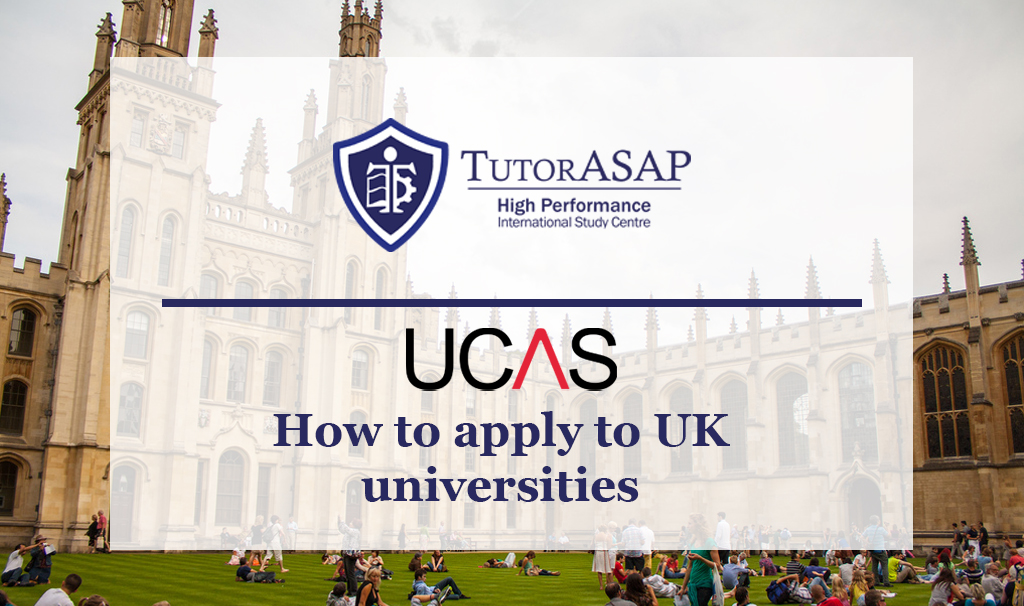 UCAS: HOW TO APPLY TO UK UNIVERSITIES

The UCAS is the admission process for United Kingdom universities. UCAS is not just a process for England, it is for the whole of the UK, meaning that all territories are accessed in the same way, in a centralised way. Parents and students always have the same doubts and that is why it is very […] 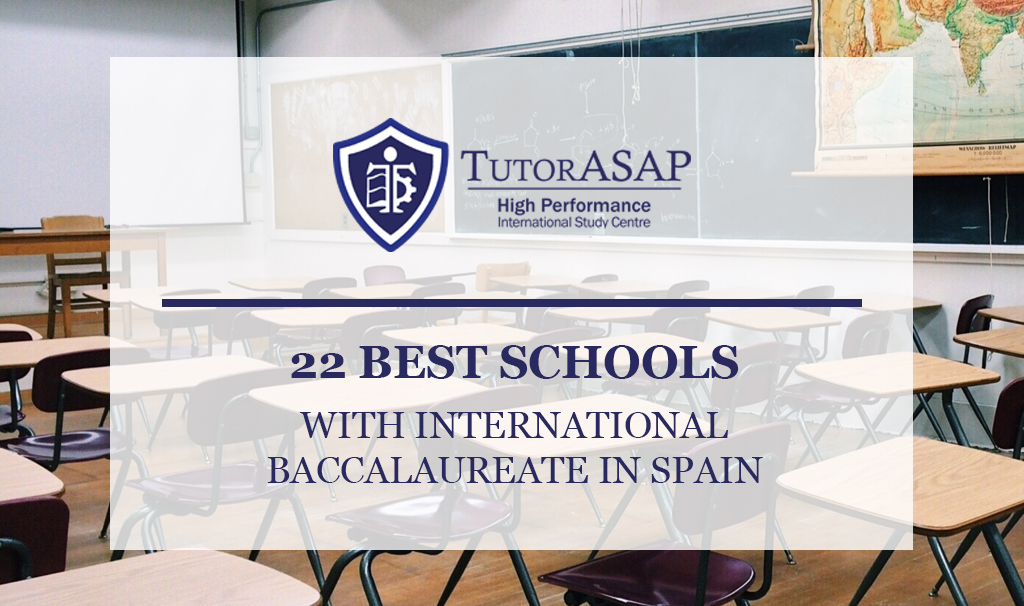 Today, schools with the International Baccalaureate are increasingly in demand and many parents and students are slow to choose the one that best suits them, with the consequent decisions: which subjects to choose, whether to do it face-to-face or from a distance, etc. The fame that the International Baccalaureate Diploma, or IB, has gained is […] 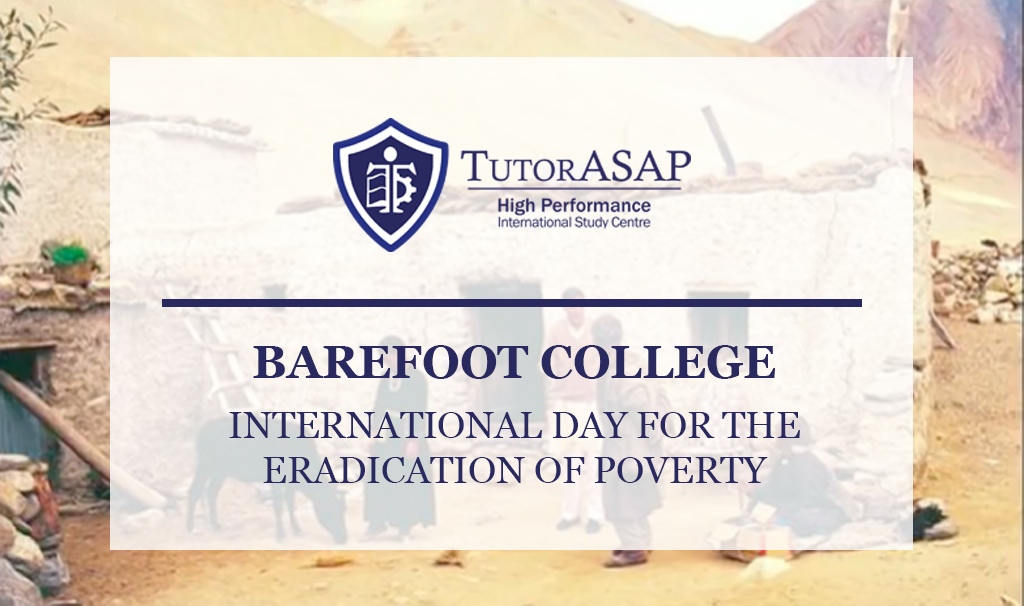 Barefoot College: International Day for the Eradication of Poverty 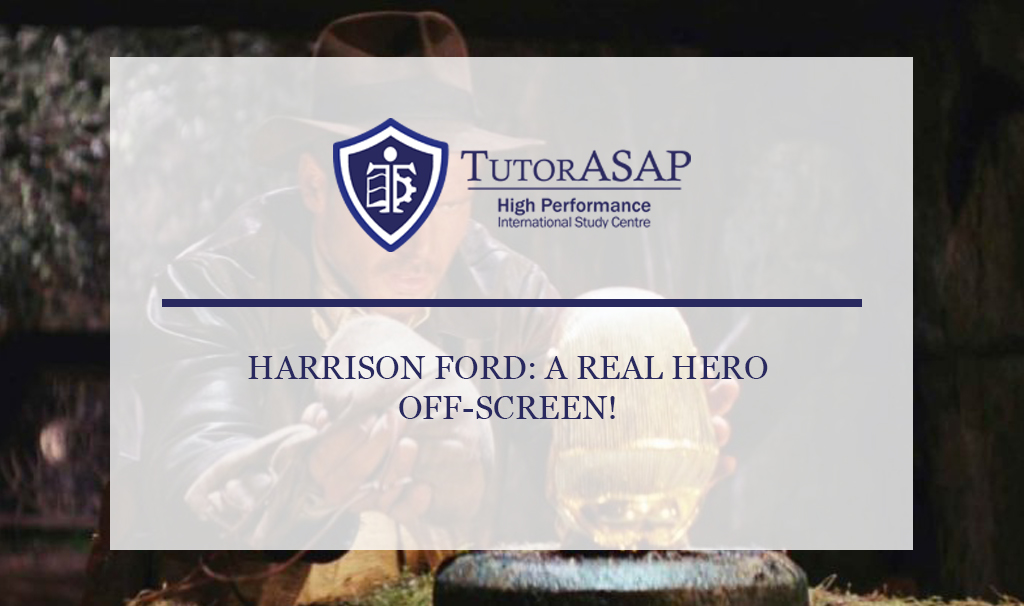 Indiana Jones, Han Solo, Rick Deckard… there’s only one person in the world that has been all these characters: Harrison Ford. It’s the 78 birthday of the actor and he’s one of the most loved and respected Hollywood star. That’s because of all the great movies he has made… but not only for this reason. […] 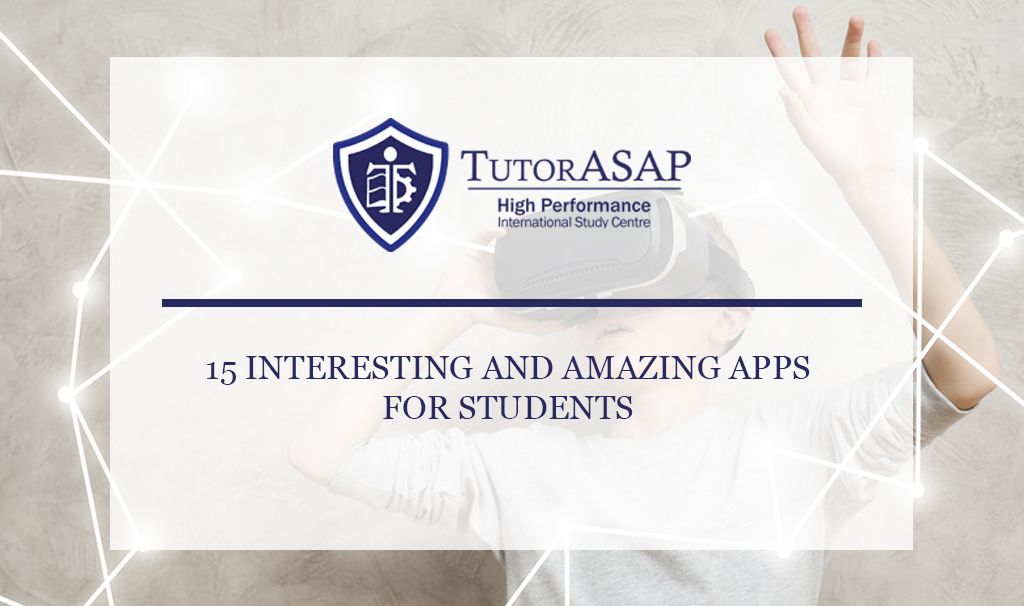 Nowadays, we can’t live without mobiles or internet. We are totally hooked. However, we can use it not only for wasting time, we can use it for good as well. For example, students can use apps or digital tools for their studies. There are a lot of famous apps, but we have a list of […] 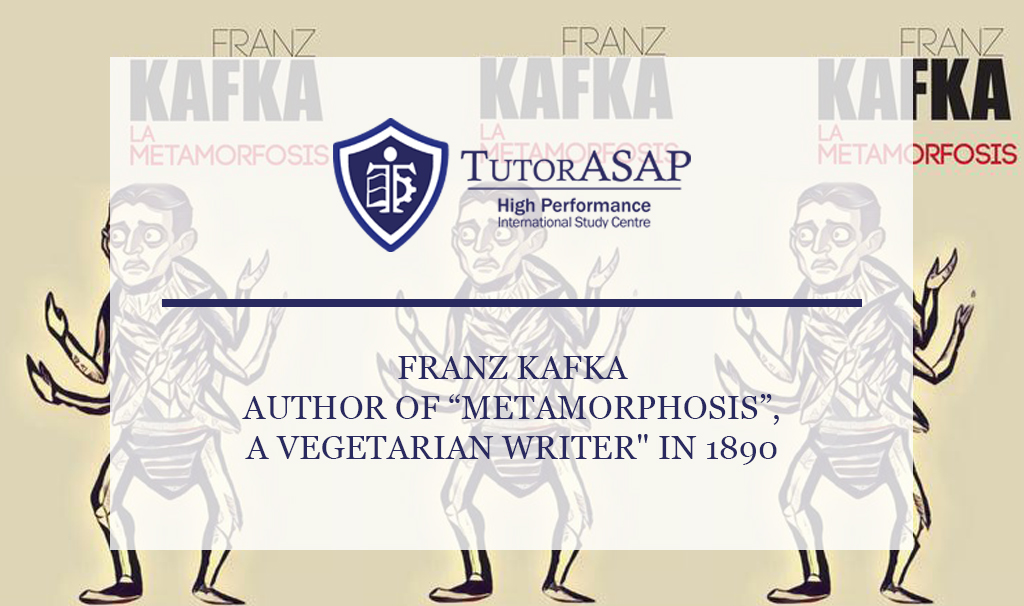 Franz Kafka, author of “Metamorphosis”, a vegetarian writer in 1890

This year,  137 years since the birth of Franz Kafka, author of “Metamorphosis” and maybe the most famous Czech writer. Maybe people know a little about his job, but few people know about the curiosities of his life. For example, do you know that Kafka in 1890 became vegetarian?  HIS HORRIBLE RELATIONSHIP WITH HIS FATHER MARKED KAFKA’S BOOKS… TO SUCH POINT OF WRITE ONE IN A NIGHT Always considered a closed and introverted person, Kafka had bad self esteem due to his relationship with his father. His father was a typical man of that time that wanted his male children to marrying and making money. But, instead, Kafka was a creative boy who loved to read and write stories. This fact was totally intolerable to his father, so he mistreated his son all his childhood. It’s true that Kafka paid attention to his father… apparently. At nights, […] 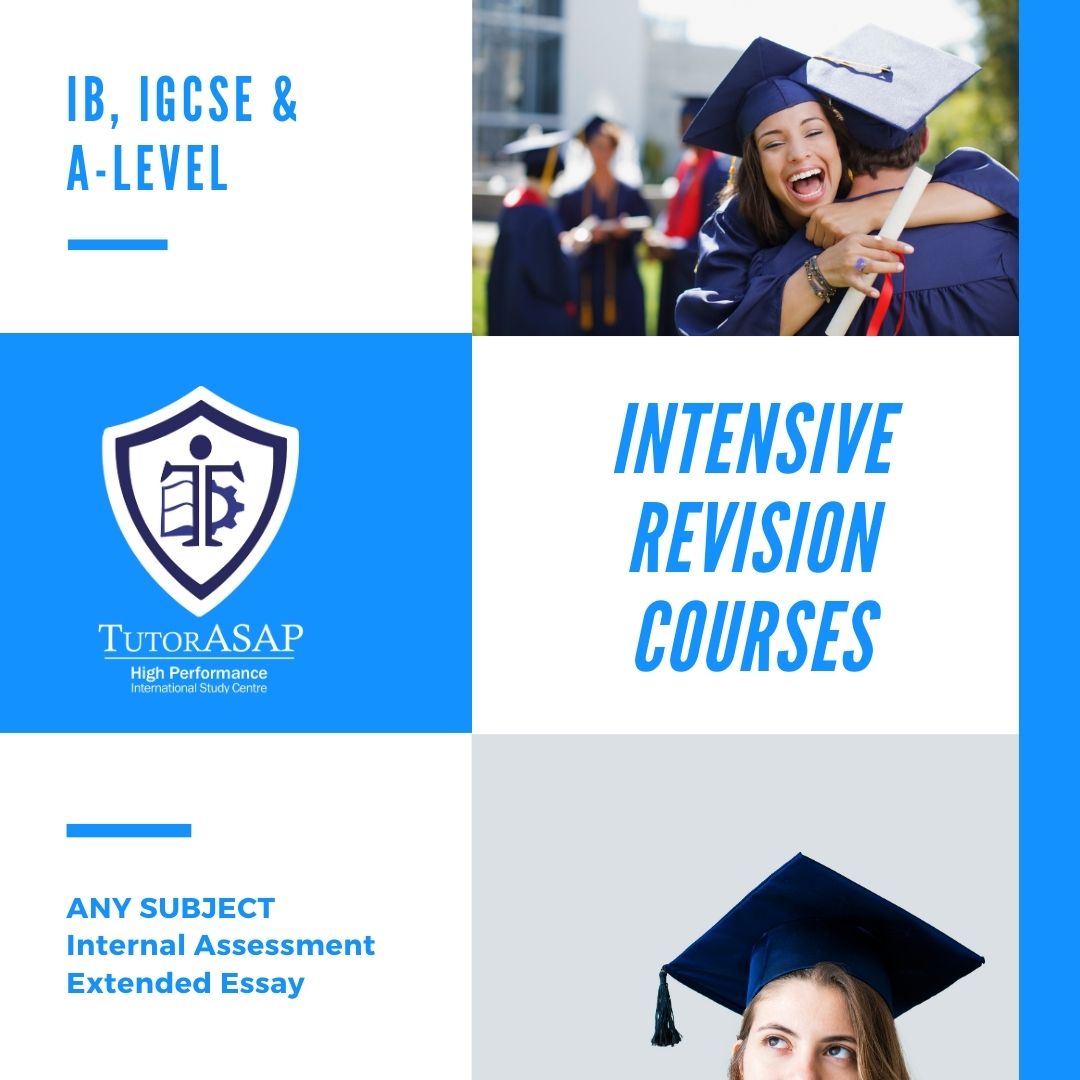